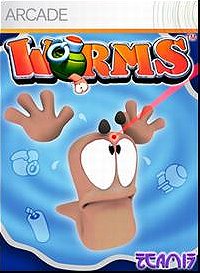 View all Worms pictures
Worms is a turn-based strategy game developed by Team17 and published by Microsoft Game Studios for Xbox Live Arcade. During development it was known as Worms HD but Microsoft renamed it to just Worms (possibly to avoid notions of HDTV being a requirement to play). Its first official public demonstration was on the showroom floor of the 2007, Consumer Electronics Show. The game was released on Wednesday, March 7, 2007 for the price of 800 Microsoft Points ($10 USD).
Release date: 7 March 2007
Tags: Online Competitive (1)
My tags: