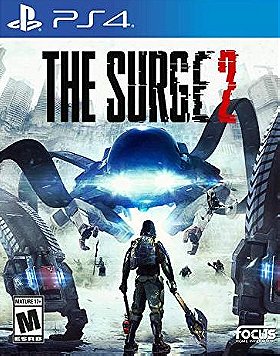 1 votes
Games I beat in 2022 ranked (4 items)
list by norsecode
Published 1 month, 2 weeks ago
View all The Surge 2 lists

[SURVIVE]
In a bid to survive, explore the sprawling, devastated city of Jericho. Fight its numerous, ferocious threats in brutal, unforgiving combat, slashing and tearing the limbs off your opponents to steal valuable equipment that will make you stronger - strong enough to face the most fearsome, imposing foes lurking in the city.

[UPGRADE]
With an expanded arsenal of weapons, armors, abilities, implants, and drones to build your character, and a bigger, more varied and more ambitious world, The Surge 2 challenges you to survive and unravel its hidden secrets.

Someone added this to a list 2 years, 1 month ago
Video Games (1189 games items)

thc87 added this to wanted list 2 years, 5 months ago

Gwydion added this to owned list 2 years, 5 months ago