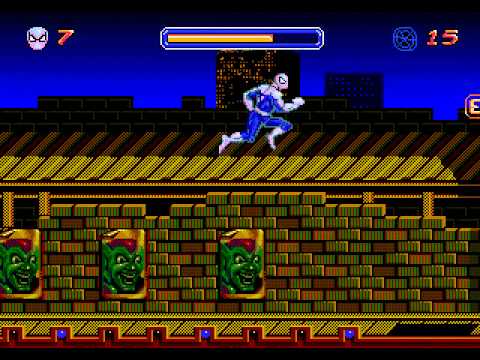 1 vote
View all Spider-Man: The Animated Series pictures
Side-scrolling action game developed by Western Technologies and published by Acclaim in 1995, incorporating elements from the critically acclaimed 1990s Spider-Man cartoon series. The game was released for the Sega Mega Drive/Genesis and the Super Nintendo Entertainment System. Both versions of the game are different.
UPC: 021481800132
Tags: Action (1), Mega Drive (1)
My tags:

Paulo Júnior added this to a list 1 year, 5 months ago

"Much better than the game of the same name on SNES."

samkspiegelman rated this 4/10 2 years, 3 months ago