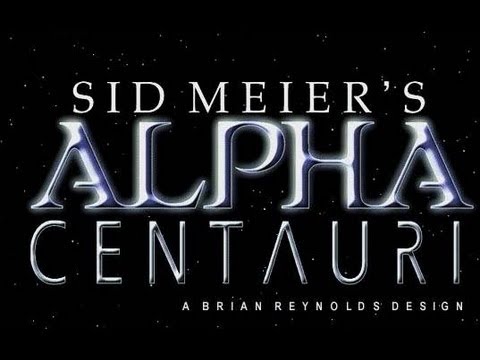 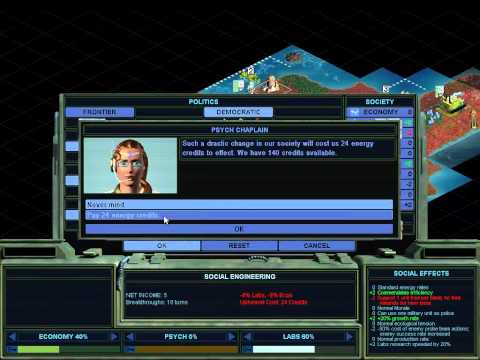 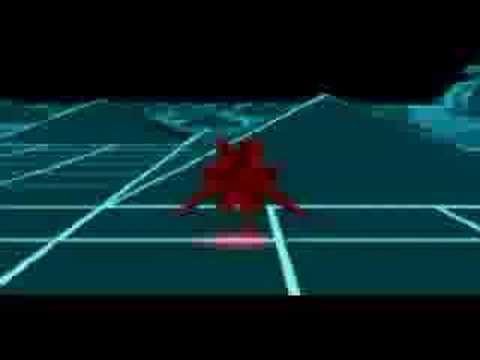 Alpha Centauri is best compared to Civilization II, but features many distinct differences in gameplay and thinking. In Civilization, the objective was to evolve a society from primitive tribes, whereas Alpha Centauri starts with the landing of colony pods on a barren planet with society becoming fractured. Each faction (aka nation) receives it's own share of the Unity's resources and tech base. For the basics, bases produce nutrients, materials and energy. Nutrients are required to feed to population, Materials are used in production and energy represents the commerce effect which can be traded to players diplomatically or spent on improvements. The 7 factions each have their own agenda, which is determined in large part by the Social Engineering. This enables a faction to customize it's values, earning a bonus for what it considers important and a penalty for what it doesn't. Social Engineering system are discovered through research, the same as other improvements, such as structures and units.

Research is divided into 4 types of technologies, which form an intertwining tree of dependencies. They are: Conquer (direct military applications), Explore (indirect technologies for units and bases), Build (direct infrastructure application) and Discovery (Science for the sake of science, indirect applications). Because of the separation, factions can focus on what they hope the intended result of their science will be, and can be changed at any time. To explore the planet, units are needed. Any unit can be customized out of known technologies; consisting of a chasis type, reactor, weapon, armor and special abilities. Each of these components has a different expense, with untested technologies having additional overhead (prototype).

Finally, Alpha Centauri is not a desolate star system. There is life on the planet, in the form of alien fungus that litters the ground and strange creatures such as mindworms. Initially hostile to all factions, this form of life holds it's own secrets and effects on the world at large.

patrician added this to wanted list 1 year, 4 months ago

Mirosan added this to a list 2 years, 1 month ago
Top RatedPC-Listal1STquarter2015 (885 games items)

José Lopes added this to list 3 years, 8 months ago