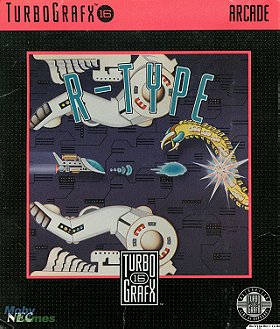 View all R-Type pictures
R-Type is set in the 22nd Century, and the player flies a futuristic fighter craft called the R-9a "Arrowhead", named for its shape, and because it is the ninth model in the 'R' series of fighter craft (but it is the first of the series to actually be used in combat; the previous models were all prototypes). The mission is to 'blast off and strike the evil Bydo Empire'. The significance of the R- in the series title refers to the production code as well as the term of endearment for the player fighter craft, the "Round Canopy".
Tags: Shmup (1), Wii (1), Virtual Console (1)
My tags:

redComicsar added this to wanted list 1 year, 7 months ago

redComicsar added this to owned list 1 year, 8 months ago

pcmasterrace added this to a list 2 years, 3 months ago
My favorite launch titles (11 games items)

StealthRUSH added this to a list 3 years, 9 months ago

"R-Type (アールタイプ) is a side-scrolling shooter arcade video game developed and released by Irem in 1987. "