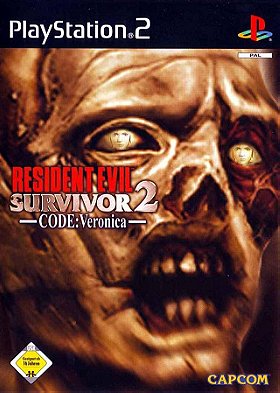 View all Resident Evil: Survivor 2 - CODE Veronica pictures
Resident Evil: Survivor 2 - Code: Veronica is a light gun game by Capcom developed in conjunction with Namco exclusive to PAL regions and Japan. The game features characters and stages taken directly from Resident Evil Code: Veronica, although the game has no bearing on the Resident Evil plot. The game also features the return of the Nemesis, who appears on the map to chase the player if time is running out, serving as an arcade mechanism to prevent players from staying on the machine too long.
Release date: 31 March 2002
EAN: 055060920312
My tags:

Guntirl added this to wanted list 3 years, 4 months ago