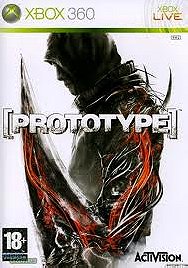 A key aspect of Prototype is the 'disguise and destroy' concept which is tied to the protagonist's enemy-consuming and shapeshifting powers. The player character is able to consume the bodies of those he has beaten and killed, giving him access to their memories, their experiences, their biomass and their physical forms. The character can also shapeshift into more specialized forms for attack, defense or sensory enhancement. All of these together are intended to give players multiple ways to complete their objectives. ... (more) (less)
Manufacturer: Vivendi Games
Release date: 9 June 2009
EAN: 0020626727068 UPC: 020626727068
Tags: Action (3), Sci-fi (2), New York (1), Conspiracy (1), Superpowers (1), Shapeshifting (1), Sandbox (1), Superhuman (1), Open-world (1), Wall Running (1), Genetic Experiment (1)
My tags:

megamancheese added this to a list 5 years, 8 months ago
My Current Xbox 360 Collection (117 games items)