Murder à la carte: A Taste of His Own Medicine - Board Game 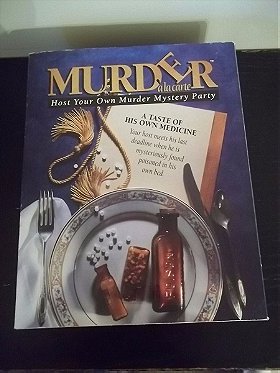 You and your guests will play the roles of these six characters. Suspicion and deceit will dominate the evening as you each use your powers of detection and subterfuge to interrogate the other characters and prove your own innocence. But one of you is the murderer...and only one person has worked out the identity of the murderer -- Dr. Jock McClew, the detective in charge of the case. He has recorded some pieces of information that will help you in your hunt for the murderer, so remember to heed his warnings well!"