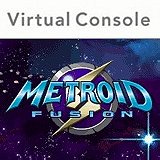 ape added this to a list 3 years, 1 month ago

" Beat September 8, 2017 It's been quite a while since I played through Metroid Fusion, so I figured it was time to play through again now that my poor memory had nearly no recollection of anything that happened in the game. It's still just as fun as it's always been...but it's more linear and directive-based than I'd like. Call me crazy, but the reason I love Super Metroid is the fact that there is no direction...you just wander around until you find somewhere you can advance. Anyway, minor gri"