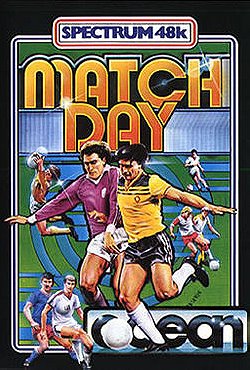 1 vote
View all Match Day pictures
Is a football computer game, published by Ocean Software in 1984, originally on the ZX Spectrum and then later released on the Amstrad CPC, BBC Micro, & Commodore 64 systems. It is the first game in the Match Day series, and the title and opening music are references to Match of the Day. It was the creation of programmer Jon Ritman. The BBC Micro version was ported by Chris Roberts.
Tags: Soccer (1), Arcade (1), 1984 (1)
My tags:

Sndi added this to a list 4 years, 8 months ago
My Offline Games History (208 games items)