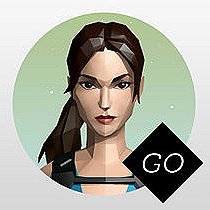 View all Lara Croft Go pictures
Lara Croft Go is a turn-based puzzle video game in the Tomb Raider franchise. Its core gameplay and control scheme is similar to its predecessor, Hitman Go. Levels are composed of interconnected nodes and lines. The player controls the series' protagonist, Lara Croft. The player and the environment take turns, in which one rests while the other moves. During the player's turn, the player swipes the touchscreen to move Croft one unit between connected nodes in the given direction. While Croft rests at the node, enemies and obstacles on the board simultaneously take a turn to simultaneously move one unit .
Release date: 27 August 2015
My tags:

Paulo Júnior added this to a list 3 years, 10 months ago

"This is not a big budget game, but it does really well what is set out to do."

Marian added this to owned list 4 years, 11 months ago