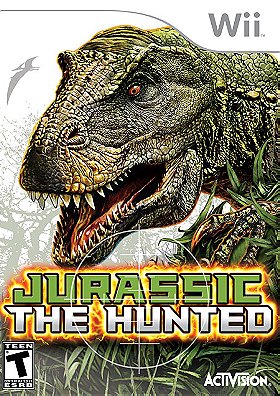 3 votes
Wii Games I Own (35 items)
list by PrizeRebel
Published 12 years, 6 months ago

View all Jurassic: The Hunted pictures
Jurassic Lost Island is an epic, story-driven first-person shooter set on a dark, mysterious island that connects the modern world with the age of dinosaurs. Take on the role of Craig Dylan, a weapons and survival expert, hired to protect a research team sent to study the strange temporal energy of the island and recover whatever is left of the expedition lost on the island 25 years ago. Every minute is a fight for survival as Dylan must scavenge weapons, defend barricades, and battle titanic dinosaurs to return to his own time.
Manufacturer: Activision Inc.
Release date: 1 November 2009
Number of discs: 1
EAN: 0047875760479 UPC: 047875760479
My tags:

Laires added this to wanted list 1 year, 6 months ago