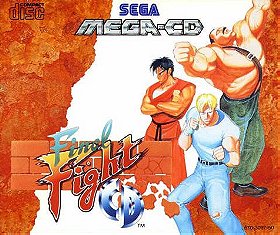 But there's one obstacle in their way, which they intend to knock down.

Newly elected mayor and former street fighter Mike Haggar promises to clean up the streets and restore Metro City to its once former glory. But the Mad Gear thinks otherwise, so in order to bring Haggar under their control like the mayor before him, they kidnap his daughter Jessica and threaten to kill her if he carries out his plan. Haggar, being the huge wrestling powerhouse that he is, decides to do a little something about them himself...

Together with Jessica's boyfriend Cody, and ninja friend Guy, Haggar's gonna clean up the streets of Metro City the only way he can now: stompin' and smashin' some skulls in!

StealthRUSH added this to a list 3 years, 4 months ago
All-Time Favorite Beat'em up Games (100 games items)

Elusuariodiverso rated this 7/10 5 years ago

Glistal added this to owned list 5 years, 1 month ago

Shiro84 added this to owned list 5 years, 8 months ago