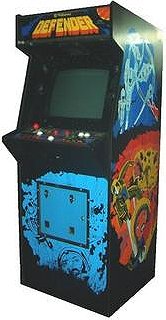 29 votes
Most Important Games of all Time (38 items)
list by CelShader
Published 13 years, 4 months ago

6 votes
Most Influential Video Games Of All Time (77 items)
list by moviebuff
Published 6 years, 9 months ago 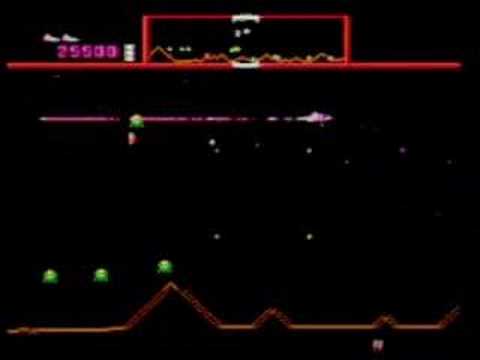 Your mission, as captain of the Defender, is to protect the humanoids stranded on the planet from their alien abductors. The scanner will help you determine a strategy to shoot down the alien ships before they reach the humanoids. If you destroy the aliens after they have captured their prey, you must return the humanoids to the safety of the planet or they will fall to their death. If an alien carries its victim out of your range, the humanoid will mutate, join the alien force, and take to assault with deadly vengeance!

The challenge becomes ever more intense as the action progresses. Fighter ships (Bombers) and mines will test your skills. A direct hit will destroy the mother ship (Pods) but smash it into a swarming mass of mini-ships (Swarmers) which then must be wiped out! If you do not act quickly, the cosmic Baiter will attack! Use your two escape options only if all else fails! Your "smart bomb" power is limited and "hyperspace" puts you into an unknown space warp. But beware! If all the humanoids are abducted, the entire planet will explode in a blinding flash! ... (more) (less)
Release date: 1 June 1980
Tags: Arcade (3), Shooter (2), Sci-fi (1), Space (1), Side-scrolling (1), Williams (1), Ported To Atari 2600 (1), Developed By Williams (1), Ready Player One (1)
My tags:

patrician added this to owned list 3 years, 11 months ago

Elusuariodiverso rated this 7/10 5 years, 10 months ago

moviebuff added this to a list 6 years, 9 months ago
Most Influential Video Games Of All Time (77 games items)