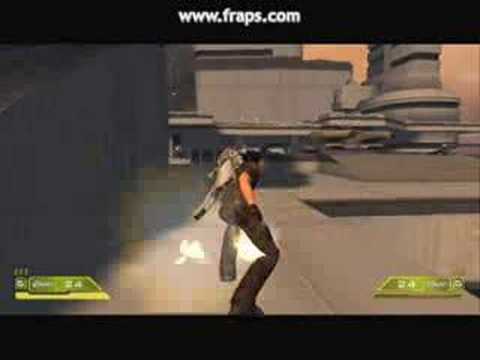 The game itself is a third person shooter and you control Gideon. Generally you just go around shooting things - with a new kind of targeting system. On Xbox you'll select targets by tapping thumbsticks towards the foe you want to shoot, on PC this happens by scrolling the mouse wheel (although you can use the mouse for manual aiming and thus avoid scrolling through long list of enemies). You can also gain psychic powers to aid your combat. These powers work like character upgrades, and even though the existence of these powers hasn't been explained much, they make virtual life a lot easier. ... (more) (less)
Manufacturer: Majesco
Release date: 29 June 2005
Number of discs: 1
EAN: 0096427013051 UPC: 096427013051
Tags: Action (1), Adventure (1), 2005 (1), Action-adventure (1), PC Master (1)
My tags:

ObligatoryName rated this 8/10 3 years, 8 months ago