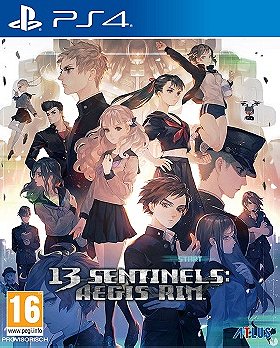 Director and writer George Kamitani conceived the game in 2013 following the completion of Dragon's Crown, originally pitching it for a toy line. 13 Sentinels began production two years later, discarding the toy line element under Atlus. The production proved challenging for Vanillaware, as the studio dealt with workload and development challenges. Contrary to previous works, Kamitani both worked on the script alone and handed character design duties to Yukiko Hirai and Emika Kida. Hitoshi Sakimoto and his studio Basiscape, who handled music for Vanillaware's past games, revisited their roles.

Originally scheduled for a 2018 release on both the PlayStation 4 and PlayStation Vita, the game was delayed to 2019 with the Vita version being canceled. Upon release in Japan, it saw a slow start in sales, but after positive word of mouth it exceeded Atlus's expectation. Critical reception has been generally positive, with praise going to its narrative and art design, though several reviewers faulted the RTS segments as the weakest part of the game. ... (more) (less)
Release date: 28 November 2019
Tags: Anime (1), Strategy (1), Atlus (1), 2019 (1), VanillaWare (1), PlayStation 4 (1)
My tags:

diodiorno added this to wanted list 9 months, 2 weeks ago

Sukiel added this to wanted list 1 year, 3 months ago

Boolander added this to owned list 1 year, 5 months ago

geofr33 added this to wanted list 1 year, 6 months ago

Gwydion added this to owned list 1 year, 8 months ago