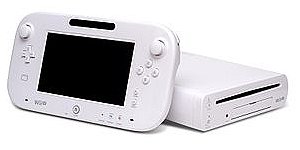 View all Wii U pictures (2 more)
The Wii U is a home video game console from Nintendo and the successor to the Wii. The system was released on these dates: November 18, 2012, in North America; November 30, 2012, in the PAL regions; and on December 8, 2012, in Japan. As the first entry in the eighth generation of video game home consoles, it directly competes with Sony's PlayStation 4 and Microsoft's Xbox One.

byron124 added this to wanted list 4 years, 5 months ago

Kess added this to owned list 4 years, 6 months ago