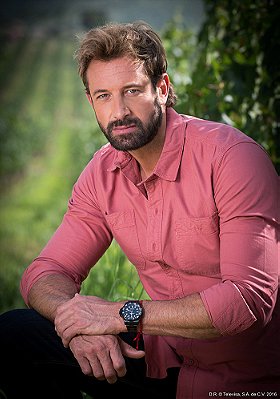 1 vote
View all Gabriel Soto pictures
Gabriel Soto Borja Diaz was born in Mexico City, Mexico. He represented his country in the 1996 Mister World pageant, where he finished the first runner-up and caught the eye of novela power house, Televisa. After graduating from their dramatic school where he was groomed for leading man roles, he first won the public's adulation as his role as El Feito in Las Vias del Amor. He has since had leading roles in Mujer de Madera, and the just completed La Verdad Oculta. He is now one of Mexico's most popular leading men. MOVIDAS is his film debut.
Tags: Hot (1), Mexico (1), Model (1), Mexican (1), Father (1), Actor (1), Beard (1), Born 1975 (1), Blue Eyes (1), Great Body (1), Born In 1975 (1)
My tags: