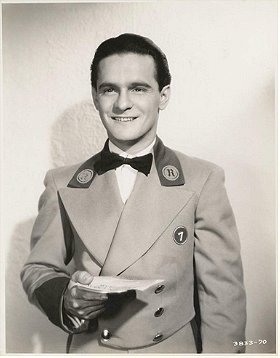 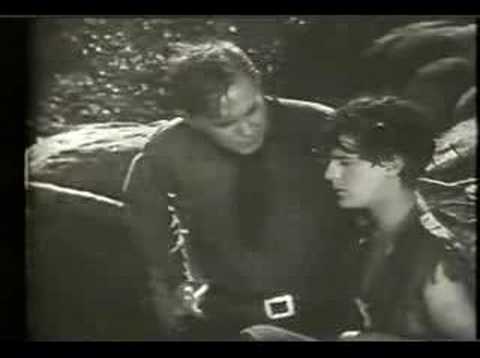 Frankie Darro in The Devil Horse 1932

Darro was born as Frank Johnson, Jr. in Chicago, Illinois. His parents were The Flying Johnsons, a Flying Circus act with the Sells Floto Circus; it was a profession that his father attempted to train him in, but young Frank's fear of heights became a problem.

In 1922, while the circus was in California, his parents separated; their circus act ended with their marriage. The growing film industry, however, found a use for a small child who could do his own stunts and, renamed Frankie Darro, he appeared in his first film at the age of six.

As a child actor, he appeared in many silent adventure, western, and serial pictures of the 1920s, becoming a very prolific actor as an adolescent. His convincing delivery of dialogue and his obvious comfort before the cameras kept him steadily employed. His most important role during the 1930s was the lead actor in Wild Boys of the Road, director William Wellman's indictment of aimless teens vagabonding across America during the Depression; he also appeared in Mervyn LeRoy's Three on a Match in 1932. Darro remained popular in serials, and co-starred with Gene Autry in Autry's first starring role in the serial, The Phantom Empire. His wiry, athletic frame and relatively short stature often typecast him as jockeys; he played crooked riders in Charlie Chan at the Race Track and A Day at the Races. In 1938 Darro joined Monogram Pictures to star in a series of action melodramas. Darro's flair for comedy gradually increased the laugh content in these films, and by 1940 Mantan Moreland was hired to play his sidekick. The Frankie Darro series was so successful that Monogram used it as a haven for performers whose own series had been discontinued: Jackie Moran, Marcia Mae Jones, and Keye Luke joined Darro and Moreland in 1940, and Gale Storm would be added in 1941.

Darro is perhaps most familiar to modern audiences as the voice of Lampwick in Disney's Pinocchio. Darro served in the US Navy Hospital Corps during World War II where he contracted malaria. Upon his return to civilian life, Monogram welcomed him back and cast the perennially youthful Darro in its "Teen Agers" campus comedies. When that series ended, the studio gave Darro four featured roles in its popular Bowery Boys comedies. He was an accomplished athlete and performed various stunts for other actors in various flms. Because of his size and fitness, he was cast in his most famous but anonymous big screen role: Darro was the actor/operator inside the now iconic 7-foot tall "Robby the Robot" walking screen prop that debuted in the classic MGM science fiction film Forbidden Planet (1956).

Later in his life he appeared on television in The Red Skelton Show, Bat Masterson, Have Gun–Will Travel, The Untouchables, Alfred Hitchcock Presents, and Batman; he also did voice-over work for various projects. As film and TV roles became fewer and fewer, Darro opened his own tavern called "Try Later" (after the reply he was given most often when he asked Central Casting for work) with ex-Hollywood agent Lee Carroll on Santa Monica Boulevard. This proved unwise, as Darro was an alcoholic, bringing his long screen career to a close.

2. The Girl on the Late, Late Show