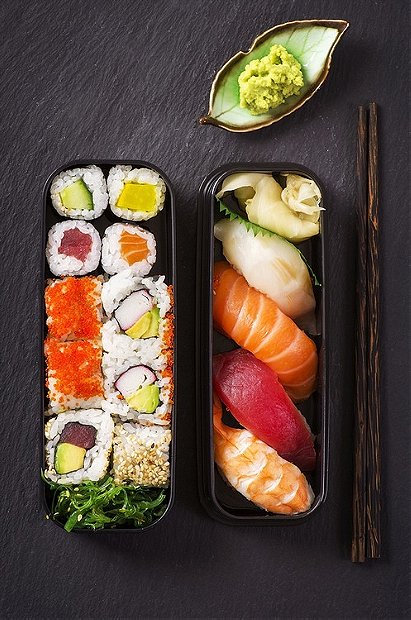 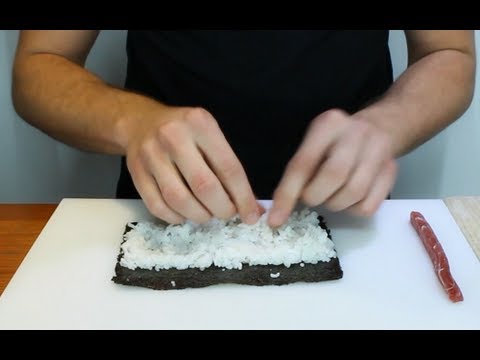 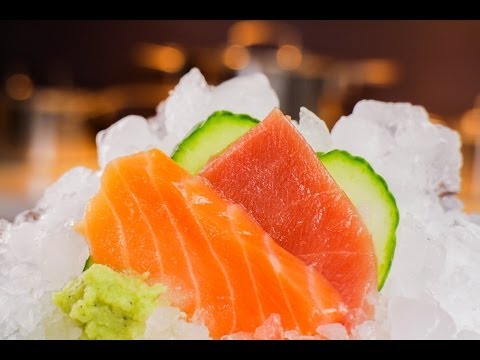 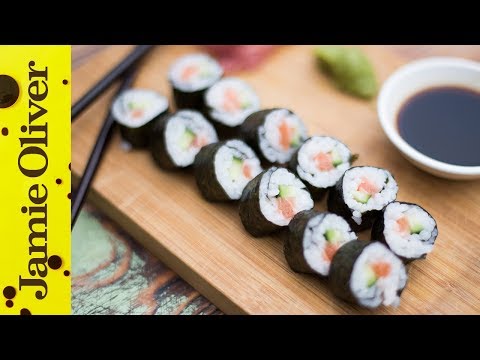 1 vote
View all Sushi pictures (19 more)
Sushi is a Japanese food consisting of cooked vinegared rice combined with uncooked seafood, vegetables and sometimes tropical fruits. Ingredients and forms of sushi presentation vary widely, but the ingredient which all sushi have in common is rice (also referred to as shari or sumeshi).

Sushi can be prepared with either brown or white rice. It is often prepared with raw seafood, but some common varieties of sushi use cooked ingredients or are vegetarian. Sushi is often served with pickled ginger, wasabi, and soy sauce. Popular garnishes are often made using daikon.

Sushi rice is prepared with short-grained, Japanese rice mixed with a dressing consisting of rice vinegar, sugar, salt, and occasionally kombu and sake. It has to be cooled to room temperature before being used for a filling in a sushi or else it will get too sticky while being seasoned.

Raw fish (or occasionally other meat) sliced and served without rice is called "sashimi".

Fae Tae posted a comment on this image 1 year, 4 months ago

Fae Tae posted a comment on this image 1 year, 4 months ago

nurisha07 added this to Liked list 1 year, 4 months ago

Lea Snowdrop voted for an image 1 year, 8 months ago

mhthehammer added this to Liked list 2 years, 10 months ago

nurisha added this to Liked list 3 years, 1 month ago

santerton added this to a list 4 years, 10 months ago
Favorite Foods (16 food items)