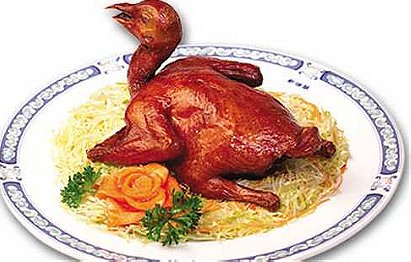 View all Squab pictures
In culinary terminology, squab is a young domestic pigeon, typically under four weeks old, or its meat. The meat is widely described as tasting like dark chicken. The term is probably of Scandinavian origin; the Swedish word skvabb means "loose, fat flesh".

Usually considered a delicacy, squab is tender, moist and richer in taste than many commonly consumed poultry meats, but there is relatively little meat per bird, the meat being concentrated in the breast. Squab is dark meat, and the skin is fatty, like that of duck. The meat is very lean, easily digestible, and "rich in proteins, minerals, and vitamins". It has been described as having a "silky" texture, as it is very tender and fine-grained. It has a milder taste than other game, and has been described as having a mild berry flavor. Squab's flavor lends itself to complex red or white wines.