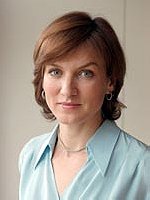 23 votes
The most beautful older women in the world (10 items)
list by Stephen40
Published 8 years, 2 months ago

5 votes
Who Do You Think You Are? (108 items)
list by sonnylistal
Published 8 years, 7 months ago

2 votes
View all Fiona Bruce pictures
Fiona Elizabeth Bruce (born 25 April 1964) is a British journalist, newsreader and television presenter. She joined the BBC as a researcher for Panorama in 1989, and has since become the first female newsreader on the BBC News at Ten, as well as presenting many flagship programmes for the corporation, including BBC News at Six, Crimewatch, Real Story, Antiques Roadshow, and Fake or Fortune? Since 10 January 2019 she has been the presenter of the BBC One television programme Question Time.
Tags: British (1), English (1), Presenter (1)
My tags:

Jewel voted for an image 4 months, 4 weeks ago

Chris Davies voted for an image 6 months, 1 week ago

shotswerefired added this to a list 5 years, 2 months ago
Even Public Figures Need Their Downtime (7 person items)

irishblue voted for an image 5 years, 9 months ago