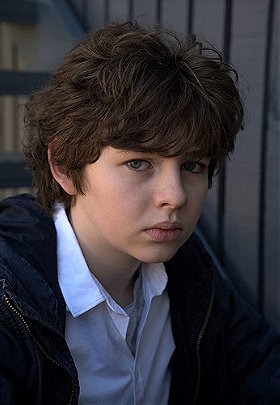 Finn Little came to the attention of Director Kim Farrant in February 2018, when casting the psychological thriller Angel of Mine, alongside Noomi Rapace, Yvonne Strahovski and Luke Evans, and cast him immediately off a self-tape submission.

Netflix viewers will know Finn Little as "Gilles" the young Tidelander, in the first Australian original content TV series Tidelands (which was filmed on location in and around Little's hometown of Brisbane) alongside Elsa Pataky, and also the recently released crime/thriller TV series Reckoning, which sees Finn Little with Sam Trammell and Aden Young, which was directed by Shawn Seet - who directed Little in Storm Boy.

The climate change/dystopian thriller 2067, written and directed by Seth Larney and set for international release in 2020 saw Finn Little return to South Australia, and again prove his worth alongside Kodi Smit-McPhee and Ryan Kwanten.

Finn Little broke into the USA market in 2019 securing the lead role opposite Oscar winner Angelina Jolie in the action thriller Those Who Wish Me Dead which was directed by Taylor Sheridan, and produced by Bron Studios. ... (more) (less)
Tags: Australian (1), Actor (1), Born 2006 (1), Born In 2006 (1)
My tags: