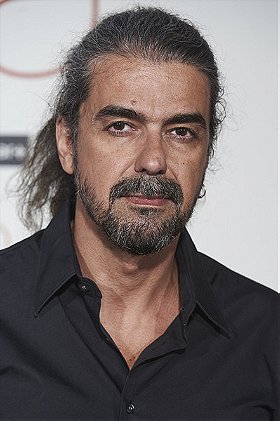 He wrote and directed the feature film BARRIO (1998) for which he won in the categories of Best Director and Best Original Script in the 1999 Goya Awards. He was awarded the Silver Conch for Best Director in the 45th San Sebastian International Film Festival, where he also won the Best Script award, the Circle of Film Writers award and a Special Mention from the International Critics (Fipresci). He also won the 'Fotogramas' award for Best Film of the Year, the Our Cinema award given by Canal+, the IV José María Forqué award for the best Spanish production of the year, the Best Film of the Year award given by the Basque Country edition of the newspaper 'El Mundo', the 'Cartelera Turia' award for Best Film of the Year and the Circle of Film Writers award for Best Director. He also participated in the Sundance Film Festival in 1999.

He wrote and directed the feature film FAMILIA (1996), for which he won various national and international awards such as the Best New Director in the 1998 Goya Awards, and the Best Director award, the Audience Award and a Special Mention from the International Critics (Fipresci) at the 41st Valladolid International Film Week. The film was chosen for the Berlin International Film Festival in 1997, and has also won, among others, the Gold Medal for Best Film at the Houston International Film Festival, the Best Film award at the Festival of Hispanic Cinema in Miami, the Sant Jordi award for Best First Film shown in 1997, the Circle of Film Writers award for Best New Director and the Association of Catalonian Critics award. Its theatrical adaptation was premiered recently, directed by Carles Sans and produced by the Tricicle company.

He wrote and directed the short film SIRENAS (1994), which won the Community of Madrid award at the Alcalá de Henares International Film Festival and the Best Script award at the Badalona Festival of Independent Cinema.

He has worked on other documentaries such as IZBJEGLICE (Refugees in Bosnia Herzegovina), PRIMARIAS and LA ESPALDA DEL MUNDO.

He has written television series such as TURNO DE OFICIO (Diez años después), UNISEX and POR FIN SOLOS, and also programs of various genres such as UN, DOS, TRES for Ibáñez Serrador and television shows for MARTES Y TRECE.

The scripts of his two films FAMILIA and BARRIO have been published, along with various articles and short stories, including WALKIE TALKIES (Alfaguara), ENFERMOS (Plaza y Janés) and MENSAJES, which won second prize in the XV Antonio Machado Award, and LAPICEROS, finalist in the XVII edition of that international award.

He has also worked as an artist and illustrator for several publications. ... (more) (less)
Tags: Spanish (1), Director (1)
My tags:

Ultimo added this to a list 1 year, 10 months ago
Actors, Actresses & Directors of Spain (60 person items)