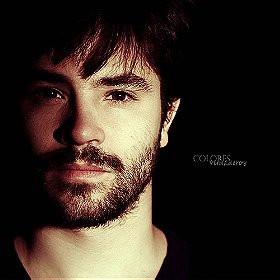 Early life and career
Felipe Colombo Eguía was born to Argentine actor Juan Carlos Colombo and Mexican actress Patricia Eguía, on January 8, 1983. He was born and raised in Mexico City, Mexico. He has big sister with the name Sol. Influenced by his parents, Colombo made his acting debut on the stage in 1989, at the age of 6. [1]
Colombo made his television debut in the 1992 Televisa soap opera El abuelo y yo, co-starring Ludwika Paleta and Gael García Bernal, and made his film debut the same year with a performance in Sonata de luna.[2]
Colombo then co-starred with Angélica María in the 1994 soap opera Agujetas de color de rosa, which was successful across Latin America and among Hispanic audiences in the United States. He appeared as Carlitos in the 1995 film Cilantro y perejil, and in 1996 had a role in an episode of Mujer, casos de la vida real, a show hosted by Silvia Pinal. In 1999 he acted alongside Anahí in the 1999 tele-novella Ángeles sin paraíso.
In 1998 Colombo captured the role of Julio in the Mexican version of Chiquititas, originally from Argentina. After the Mexican version flopped, Chiquititas author Cris Morena decided to give him a role in the original version, where he soon became one of the most popular actors. Participating at Chiquititas, Colombo worked for the first time alongside Benjamín Rojas, Luisana Lopilato and Camila Bordonaba, who would later on become part of another one of Colombo's most important moments as an entertainer. In 2001, Colombo reprised his character for Chiquititas' translation to cinema, Chiquititas: Rincón de luz.
He was Luisana Lopilato`s boyfriend for most of two years; in present they are great friends.
[edit]Rebelde Way, 4 Caminos and Erreway
Colombo captured the role of Manuel Aguirre in Rebelde Way in 2002. The show was nominated for the 2002 Martín Fierro Award for Best Telenovela. He starred alongside Benjamín Rojas, Luisana Lopilato and Camila Bordonaba. The four had previously worked together in Chiquititas and went on to form the band Erreway.
The band released three hit albums — Señales in 2002, Tiempo in 2003 and Memoria in 2004, had three successful tours (Erreway en Grand Rex, Nuestro Tiempo and Gira 2004), and released a hit film in 2004, 4 Caminos. The film was based on their Rebelde Way characters: Manuel, Pablo, Mía and Marizza. The band split up soon after the release of their film and final album.
However, the three members — Colombo, Rojas and Bordonaba — reunited in 2006 and released the compilation of the greatest hits, El Disco de Rebelde Way. Colombo and Bordonaba visited Spain due to the compilation's promotion. In 2007 Lopilato left Erreway, and the three released a live hits compilation Erreway presenta su caja recopilatoria, held a short tour in Spain and confirmed releasing the band's fourth album, Vuelvo.
[edit]Recent and future projects
After his noted role in Rebelde Way, Colombo appeared as Miki in another production of Cris Morena, 2004—05 telenovela Floricienta. He also got a lot of attention playing the lead on the theatrical version of The Graduate, alongside with Nacha Guevara. The following 2006, Colombo portrayed deceased Nirvana frontman Kurt Cobain on the theatre play No te preocupes ojos azules. He also portrayed Pastor in 2006 hit television drama Doble Vida, and appeared in one episode of Amor Mío.
In 2007 Colombo captured the role of Lucho Fierro on Martín Fierro Awards—nominated television comedy Son de Fierro. He worked alongside Camila Bordonaba for the sixth time in his career. He was seen in two films in 2008 — Fantasma de Buenos Aires and Solos en la ciudad, alongside his Rebelde Way co-star Sabrina Garciarena.
Colombo is currently working on two films: Carmilla, with María Fernanda Neil; and Matar a Videla, with Diego Mesaglio. Both films are currently making in Buenos Aires. He was act in telenovela Enseñame a vivir.[3]
In 2010 Felipe formed a new band: La Miss Tijuana with the former choir of Erreway, Willie Lorenzo and his best friend and former co-star in the famous series Chiquititas and Rebelde Way, Camila Bordonaba.
In 2011-12, his role is Bernardo Berlanga in Herederos de una venganza , and 2012 he made Host TV debut in La vuelta al mundo, together the actress Isabel Macedo (one of the great friends). ... (more) (less)
Tags: Born 1983 (2), Mexico (1), Mexican (1), Actor (1)
My tags:

ria2u posted a image 5 years ago