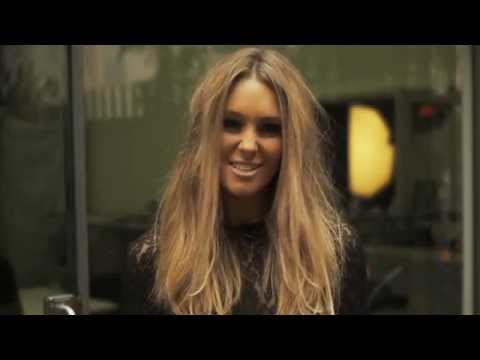 Naughty for ZU - Behind the Scenes 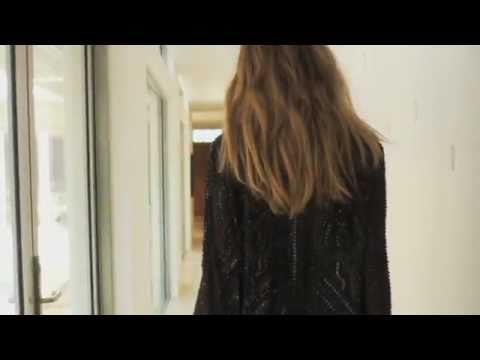 Erin McNaught won the crown of Miss Australia 2006 and represented Australia in the Miss Universe pagent.

Erin was allowed to compete in the Miss Universe pageant despite revelations that she posed topless in an Australian publication Zoo Weekly in 2004. These photos earned her the nickname Erin McNaughty.

Reader "Mark", from Coogee tells us that he saw Erin McNaught sunbaking topless on the sands of Coogee Beach on Monday.

While she didn't manage to win Miss Universe, she certainly stole the admiring glances of many men on the beach.

The Brisbane brunette is the favourite among most bookmakers around the world to snatch the coveted tiara, although she is just ahead of beauties from Colombia and Mexico.

In years past a nude photo scandal would torpedo a Miss Universe candidate, but the era of prim and proper pageants ended when the billionaire developer and self-described "admirer of beautiful women" bought the rights to the competition for a meagre $US10 million ($A13.35 million) nine years ago.

McNaught, 24, nicknamed McNaughty after topless photos were published in men's magazine Zoo Weekly last month, appears to have benefited from the notoriety.

When Trump appeared on US TV talkshow Late Show with David Letterman on Friday, of the 86 candidates McNaught was the only one he specifically spoke about.

It was the topless shots that were on Trump's mind.

"I think there was a little controversy in Australia," Trump told Letterman.

"She was in some nude photos, as I understand it."

Letterman was just as excited, reacting with a: "Whoooaaa!"

The trip to the Letterman show confirmed McNaught's status among the top candidates.

She was just one of four selected to fly from the Miss Universe base in Los Angeles to New York to appear on the talk show.

McNaught, along with Miss Colombia, Miss Puerto Rico and Miss Finland, escorted Trump as he made his entrance on the Letterman stage.

After a few seconds of smiles, posing and handshakes with an impressed Letterman, the four women walked off stage leaving Trump and Letterman to ponder their beauty.

Letterman did not call McNaught back, but he approved of her right to disrobe.

"There's no controversy there as far as I'm concerned," Letterman surmised.

McNaught has been taking the extra attention in her stride.

"I don't think so," she told AAP when asked if she thought the nude photo publicity would hurt her chances.

Trump is a great ally to have on her side.

He became close with Australia's 2004 Miss Universe winner, Jennifer Hawkins, during her year-long reign and Trump has plenty of power in deciding this year's winner.

Trump will personally pick five of the 20 entrants who make it to the finals and, with McNaught spending more time with Trump in New York at the Letterman show, it would be a surprise if she did not make the short-list.

Australian betting agency Centrebet has McNaught the outright favourite. In the UK, bookmakers were favouring Miss Colombia, Valerie Dominguez, who is the cousin of singer Shakira.

But, in the 24 hours punters backing McNaught saw UK betting agency Expekt.com install the Australian as the new favourite at 8/1, just ahead of 10/1 Miss Colombia and Miss Mexico at 11/1.

Another betting agency, Pinnacle, does not rate McNaught as highly, keeping her third favourite with odds of 9.4/1. Miss Colombia is the favourite at 7.8/1 and Miss Mexico second at 8.9/1.

Venezuela is always well represented at Miss Universe, although the bookies are not big fans, giving Jictzad Vina middle-of-the-pack odds of around 40/1.

Miss Zambia, Miss Mauritius and Miss Turks and Caicos are rated as the least likely to win with odds of 320/1.

usafsg voted for an image 2 months, 4 weeks ago

Crazytone18 voted for an image 3 months, 2 weeks ago

Botzu voted for an image 7 months, 1 week ago

Don Utz voted for an image 10 months ago

Look Left voted for an image 10 months, 1 week ago

perod voted for an image 1 year, 7 months ago

LRDVDR voted for 8 images [View All] 1 year, 7 months ago

northernhokie rated this 10/10 2 years ago

parryj voted for an image 2 years, 2 months ago

LimboJimbo voted for an image 2 years, 7 months ago

lucasmodric voted for an image 3 years ago

TheUmbrellaMan voted for an image 3 years, 6 months ago