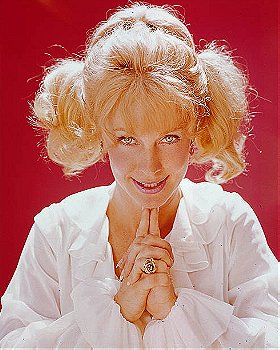 View all E.J. Peaker pictures
E.J. (short for Edra Jean) portrayed the role of Minnie Fay in the motion picture Hello, Dolly! (1969). Originally from Oklahoma, E.J. had numerous experience in high school plays, and studied drama at the University of New Mexico as well as experiencing Drama training in Vienna. She also played broadway in "Bye Bye Birdie". E.J. has made over fifty-two television commercials and starred with Robert Morse in a musical series, That's Life (1968). After the picture, E.J. went on to do a lot of broadway and various other films.
Tags: Actress (1), Tv Actress (1), Born 1944 (1)
My tags: