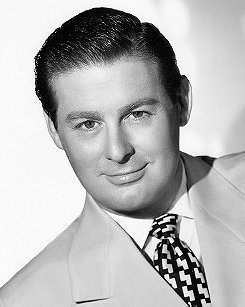 DeFore was born in Cedar Rapids, Iowa, one of seven children and the only one to pursue an acting career. After graduating from Washington High School in Cedar Rapids, he attended Iowa University. He showed great promise in basketball, track and baseball, but showed no interest in dramatics. Later he joined the Cedar Rapids Community Players. Since acting was not a major study at the university, he left and enrolled at the Pasadena Playhouse, where he won a scholarship and stayed for three years. During this time he and four fellow students wrote a play called "Where Do We Go From Here". It was presented in a little theater in Hollywood with Don in the cast. Oscar Hammerstein II offered to take it to Broadway and Don and five of the original cast members went along. The show ran for four weeks and Don was soon recognized as a member of legitimate theater. He remained in New York and won a key role in "The Male Animal", which ran for almost a year on Broadway and eight months on the road. When Warner Bros. made the film (The Male Animal (1942)), it signed Don to his original role. Don was also president of the Television Academy Of Arts and Sciences in 1954-55. ... (more) (less)
Tags: Born 1913 (2), American (1), Died 1993 (1), Nice Smile (1), Died Aged 80 (1)
My tags:

5. The Facts of Life
View all Don DeFore movies (31 more)

Kandi voted for an image 5 months ago