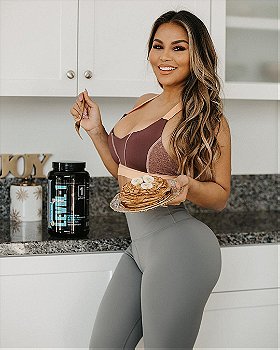 228 votes
Most Beautiful Women in the World...Today! (1755 items)
list by Avid Admirer
Published 6 years, 7 months ago

4 votes
View all Dolly Castro pictures
Popular Nicaraguan fitness model who has attracted over 5 million Instagram followers to her missdollycastro account. Before launching her modeling career, she attended Christian University Nicaragua. She's also popular on Twitter where she's amassed over 100,000 fans and frequently shares fitness advice as well. Born and raised in Managua, Nicaragua, she later relocated to Miami, Florida. She has a daughter named Karen who also has a strong Instagram following. She's engaged to be married to a man named Samier, who's featured on her Instagram.
Tags: Latina (2), Nicaraguan (1), Nicaragua (1), Model (1), Butt (1), Big Butt (1), Hottie (1), Instagram Hottie (1), Curvy (1)
My tags:

pstillove voted for an image 4 months ago

3DoctorWho voted for 5 images 6 months ago

pstillove voted for an image 6 months, 4 weeks ago

“Dolly has been on many popular magazine covers and TV screens, which has allowed Dolly to grow her own brand and continue to grow her ever popular social media channels.”

3DoctorWho voted for an image 9 months, 3 weeks ago

yoda voted for 2 images 10 months ago

Rodimus added this to a list 1 year, 2 months ago

pstillove voted for an image 1 year, 3 months ago