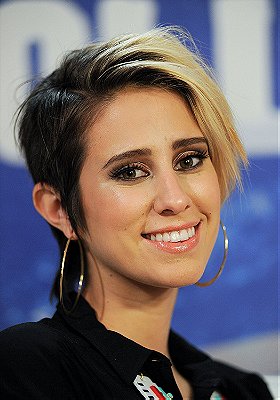 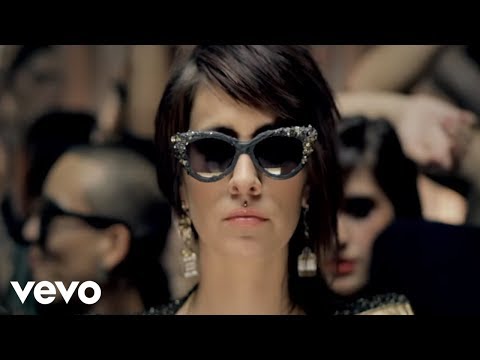 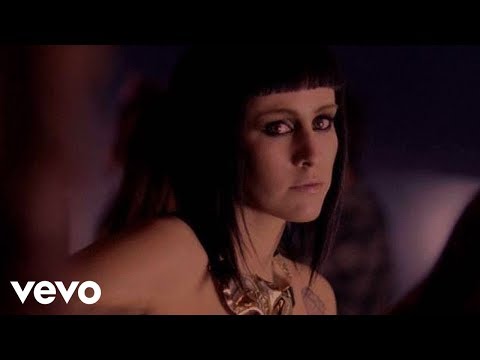 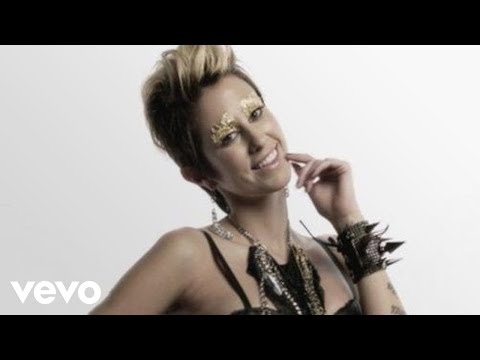 DEV - In The Dark

In August 2010, Dev made a music video for "Booty Bounce", directed by Ethan Adler, and uploaded it onto YouTube, where it has generated over seven million views. In October 2010, Dev was signed to Universal Republic and her first official single, "Bass Down Low", was serviced to rhythmic radio stations in November. It was released digitally in select territories on December 6, 2010 and one day later in the United States. The song has reached sixty one on the Billboard Hot 100 chart and number two on the Heatseekers Songs chart. In Canada, the song peaked at number thirty five in its fifth week on the Canadian Hot 100 chart. A critic of The Arizona Republic named the song the fourth best single of December 2010, comparing it to Kesha's 2009 hit single "Tik Tok", but wrote that "every other element of "Bass Down Low" feels custom-made for squeezing 15 extra minutes off that "Tik Tok" clock. [...] It's there in the throbbing electro-pop groove". The song was serviced onto mainstream radio on January 11, 2011. The second single from the album is "In the Dark", released on February 25.

Dev's debut album The Night the Sun Came Up will be released on September 20, 2011. Since 2009, Dev has been working on her debut album with main producers, the Cataracs. In March 2011, Dev and The Cataracs traveled to Costa Rica for three weeks where they recorded and produced most of the material for the new album. She said of the album's genres, "[t]ypical pop music is not what I am only good at doing; I have a lot of ideas and hip-hop influence records, some electro ballads." In March 2011, New Boyz's single "Backseat", featuring Dev and The Cataracs, was released. The song peaked at number thirty-seven on the Billboard Hot 100. She will be featured in the new single by British boy band JLS, titled "She Make Me Wanna". Dev also released two more promotional singles through Twitter, "Poison" and "Call Me" both covers of Bill Bev Devoe and Blondie respectively. She will also be featured in house music artist David Guetta's upcoming album, Nothing But the Beat. In an interview with Perez Hilton Dev revealed that the album wasnt entirely produced by the Cataracs, but that Timbaland produced some of the songs and is also featured on the album.

The American version of The Night the Sun Came Up was released on March 26, 2012 in the United States, which include new tracks compared to previous releases of the album. Dev has teamed up with singer Enrique Iglesias on a track called "Naked" which is produced by The Cataracs and will be the third single from the repackaged album.

Dev's electro style and "sing-talk" vocal style have been compared to fellow pop singer Ke$ha. Dev responded to this, saying, "I'm confident enough in what I do that people will see me for who I am ... I get why people compare us but once people see me live they won't connect us as much." While comparing her to Kesha, Idolator wrote that "Dev's beats come off a bit more mellow and her songs a little bit more electro than pop." In response to being compared to both Ke$ha and Uffie, Dev said, "I just feel that I have a lot more to say and the ability to have an eclectic sound, a very diverse pop album. I'm not bashing either artist, but I'm going to be able to give you a little bit more than what you've heard on those records. When my album comes out, hopefully I won't have to hear another reference or comparison." Much of Dev's music is inspired by hip hop, as she believes that fans respond to "pop music but with rap roots". She said, "I've always been into hip-hop. Eminem changed my life when I was younger." The Hollywood Reporter compared her "futuristic" and "pulsing" sound to underground electroclash musicians Peaches and Yelle. Dev's musical genres have been cited as electro-crunk, electropop, and electro hop. ... (more) (less)
Tags: Pop (1), Born 1989 (1), Born In 1989 (1), Sick Beats (1), G6 (1), Cali (1)
My tags:

Smiler1 voted for an image 10 months, 3 weeks ago

feetbarefoot55 voted for an image 2 years, 1 month ago

rose77 added this to a list 2 years, 3 months ago
My Favorite Celebrities in their 30s (49 person items)

victoriaeliana rated this 6/10 3 years, 8 months ago

Smiler1 added this to a list 4 years, 9 months ago

Smiler1 voted for an image 5 years, 1 month ago

Smiler1 added this to a list 5 years, 2 months ago
Celebrities I like with the sexiest noses (52 person items)

Smiler1 added this to a list 5 years, 4 months ago
Celebrities I like with the sexiest toes (56 person items)

Smiler1 added this to a list 5 years, 7 months ago

Female celebs younger than me I'm compatible with (25 person items)