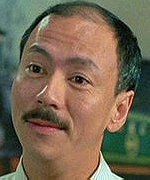 Chan joined D&B in 1984 as Distribution Manager, leaving in 1987 to learn film production at Hollywood. Returning to the Hong Kong film industry, he worked primarily in producing, writing and directing. Films he produced or associate produced include The Wrong Couples (1987), Hearts to Hearts (1988), Naked Killer (1992) and Future Cops (1993). Chan often doubled as writer on films he produced, such as Remains of a Woman (1993), which was awarded Best Actress (for Carrie Ng) at the Golden Horse Awards, and Wild Horse from Shangri-La (2009).

Chan directed his first film, Perfect Match, in 1989, a year in which he also released a second film, Maybe Next Time. He also directed the romance drama Love and Let Love (1998). In 1993, he became COO of Vehicle Of Light Film Company and in 1999, ran the China Culture Media Group Company, which produced programs on Chinese history and culture.