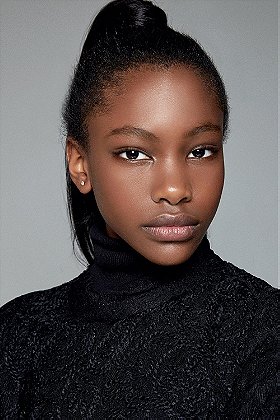 At nine, she attended a Broadway musical featuring child performers and decided that she also wanted to pursue a career as a stage performer. At ten years old, she joined the cast of Andrew Lloyd Webber's "School of Rock- The Musical" on Broadway for nearly a year before joining Disney's "The Lion King" on Broadway as Young Nala. Before leaving "The Lion King", Demi joined the cast of "Godfather of Harlem", led by Academy Award winner Forest Whitaker, as his character's granddaughter (Margaret Johnson).

Demi was recently cast as Serena Williams in the Will Smith led Warner Bros. biopic "King Richard" which tells the story of how tennis super stars Serena and Venus Williams rose to success from the planning and coaching of their father, Richard Williams.

Demi enjoys listening to pop, jazz, and hip-hop, traveling the world and learning about different cultures and languages. She is studying Mandarin, learning Spanish and looks forward to learning many more languages. Her family is from the Central American country of Honduras and the West Indian island of Dominica. She hopes to one day become a philanthropist to aid in world hunger, poverty and childhood education in the arts. She most enjoys spending time with her family and friends. ... (more) (less)
My tags: