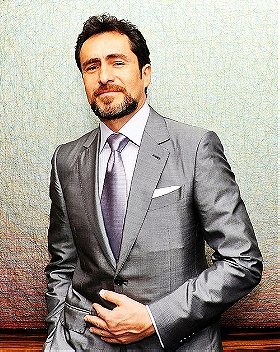 Bichir was born at Mexico City, Mexico, the son of actors Alejandro Bichir (Alejandro Bichir Batres) and Maricruz Nájera (María de la Cruz Nájera Botello). He began his acting career at the age of 14 in the telenovela Rina with Ofelia Medina. His second acting role was as an adult in Vivir enamorada – both telenovelas were during his years with Televisa. The following year he obtained a role in his first movie, the American production Choices of the Heart. He got his first starring character in the Telenovela El Rincon de los Prodigios where he acts as a stranger who performs miracles in front of the people confronting the corrupt authorities and the church.

Bichir continued his acting roles in telenovelas with film productions of Mexico, Spain and the United States. After a long retirement of the Mexican telenovelas in favor of a movie career, he went back to TV Azteca in the telenovela Nada Personal where he played the role of an honest detective trying to tackle corruption and drug problems in Mexico. His performance led him to act as the same detective in Con Toda El Alma. ... (more) (less)
Tags: Mexican (3), Actor (3), Male (2), Born 1963 (2), Underrated (1), Handsome (1), Beard (1)
My tags:

"Tzekel-Kan (The Road to El Dorado)"