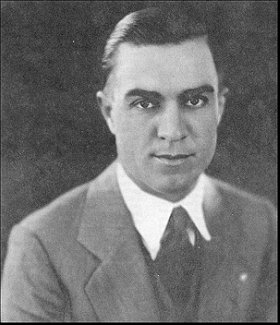 Lord was one of the original Keystone Kops. He was renowned for his almost perfect sense of timing, which would allow him to drive a truck full of the Kops to the very edge of a precipice without tumbling over it, or maneuver cars in incredibly tight areas or between speeding trains. When Columbia producer Jules White was looking for a house director who could handle The Three Stooges, someone remarked to him one day, "Guess what? I saw Del Lord over in Culver City selling cars on a used-car lot." White immediately remembered Lord, and saw the possibilities of a director of Lord's imagination (and, more importantly, temperament) working with the Stooges. White hired him forthwith, and Lord turned out some of the best and most fondly remembered Stooges shorts.

A former football player, he began on screen as a stuntman. He was one of the original Keystone Kops and had a particular aptitude for driving cars in a crazy manner befitting a Kop, which led to Mack Sennett's promoting him to direct the chase sequences. From there he graduated to full director of two-reel comedies in his own right. ... (more) (less)
Tags: Actor (2), Died 1970 (2), Born 1894 (2), Writer (1), Canadian (1), Producer (1), Director (1), Three Stooges (1), Film Director (1), Keystone Kops (1), Stuntman (1)
My tags:

1. South of the Boudoir