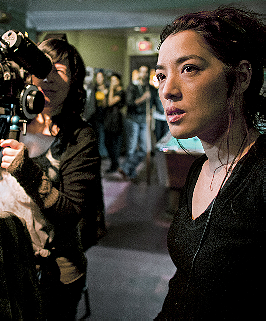 View all Deborah Chow pictures
Deborah Chow is a Canadian filmmaker, television director and screenwriter. Two of her first short films, Daypass (2002) and The Hill (2004) have both won awards at various international film festivals. She is best known for her first feature film, which she wrote and directed, The High Cost of Living. Her recent directorial works include the TV movie adaption of Flowers in the Attic and episodes of the series Copper, Murdoch Mysteries, Reign, Beauty and the Beast, and Mr. Robot.
Tags: Canadian (1), Director (1)
My tags: