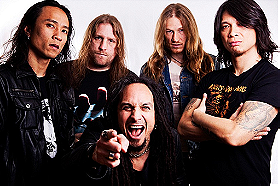 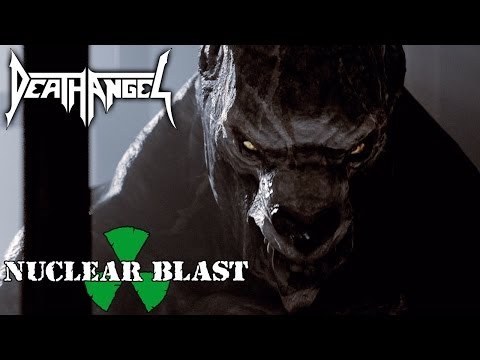 Death Angel is often referred to as one of the key bands in the Bay Area thrash metal movement of the 1980s, and secured opening slots at club venues that decade, including opening for their peers Megadeth, Metallica, Slayer, Exodus, Testament (then-known as Legacy) and Possessed. The underground success of their first two studio albums, The Ultra-Violence (1987) and Frolic Through the Park (1988), attracted the attention of Geffen Records, who signed the quintet in 1989. Their 1990 follow-up album, Act III, was also successful. While Death Angel was touring in support of that album, the band got in a near death bus accident, as the driver fell asleep. The whole band was hurt badly, however drummer andy galeon was in most critical condition and needed more than a year to fully recover. This resulted in the band's break up in 1991. However, Death Angel reformed in 2001 (without original guitarist Gus Pepa) at the Thrash of the Titans benefit concert for Testament singer Chuck Billy. The band has since continued to record and perform, and their recent studio album, The Evil Divide, was released in 2016. ... (more) (less)
Tags: Thrash Metal (1), American (1)
My tags:

3. Frolic Through the Park

4. The Dream Calls For Blood

Dark Warrior voted for an image 5 years, 2 months ago