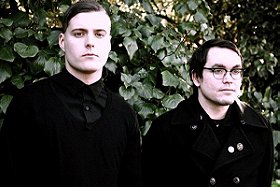 Deafheaven's musical style has been described by Rolling Stone as a "boundary-pushing blend of black metal, shoegaze and post-rock". McCoy has cited various other influences on the band's sound, including alternative rock and early thrash metal, and said they do not consider themselves a black metal band, as although influenced by the genre, they do not have "the ethos, the aesthetic or really the sound of one" ... (more) (less)
Tags: Metal (1), Black Metal (1), Shoegaze (1), American (1), Critically Acclaimed (1), 2010s (1), Divisive (1), Blackgaze (1), Philisophic (1)
My tags:

Muhaka added this to a list 6 years, 6 months ago
Music (89 music items)