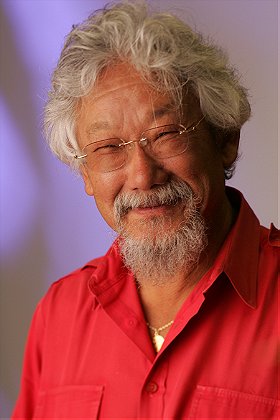 A long time activist to reverse global climate change, Suzuki co-founded the David Suzuki Foundation in 1990, to work "to find ways for society to live in balance with the natural world that sustains us." The Foundation's priorities are: oceans and sustainable fishing, climate change and clean energy, sustainability, and Suzuki's Nature Challenge. He also served as a director of the Canadian Civil Liberties Association from 1982-1987.

3. The Nature of Things

1. The Norse: An Arctic Mystery

1. The Sacred Balance: Rediscovering Our Place in Nature

4. Metamorphosis: States in a Life
View all David Suzuki books

1. Metamorphosis: States in a Life

2. The Sacred Balance: Rediscovering Our Place in Nature