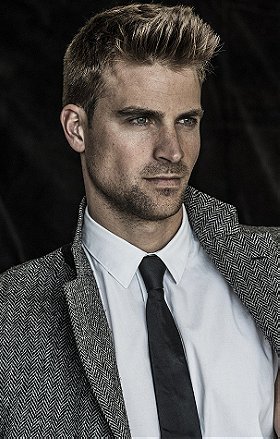 10 votes
Most desireable men in the world (50 items)
list by cloclo987
Published 9 years, 2 months ago

Entinghe was unexpectedly thrust into the modeling world when a female friend in college submitted a few of his shirtless photos to "Cosmopolitan Magazine". Soon after, he was featured in the yearly bachelor edition of the magazine.

Entinghe landed his first modeling job in 2005 when his agent booked him to do "Abercrombie and Fitch" and would be shooting with renown photographer Bruce Weber. He had the honor of working with Bruce again nearly a year and a half later on the set of "Ruehl No. 921".

Entinghe says he is mature, independent and perceptive -- he likes to stay quiet while the other person talks, so he can really listen to them and get a sense of who they are. He aspires to become a lawyer. He's the kind of person who'd like to have a job that involves meeting new clients every day and helping them out.

“It doesn't get any better than this guy. I'm a retired professional photographer and admire great looks from young and older guys. A lot easier photographing males rather than females and I've done plenty of both. I would say David is picture-perfect. Facial features are outstanding. Best wishes young man.”

matt added this to a list 1 year, 3 months ago
Most beautiful men on earth 3 (200 person items)

franceseattle rated this 4/10 4 years, 6 months ago