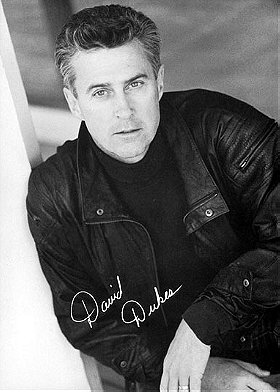 Dukes had extensive stage experience, first appearing on Broadway in 1971 and later in a revival of Molière's The School for Wives. He also played such colorful roles as Dracula, Doctor Frankenstein, and Antonio Salieri in the original production of Amadeus — replacing Sir Ian McKellen. He won plaudits when he replaced John Lithgow in the original production of David Henry Hwang's play M. Butterfly and a Tony nomination in 1980 for best featured actor in a play for Bent.

The father of a son and a daughter, Dukes died of a heart attack in Spanaway, Washington while on location shooting the Stephen King mini-series Rose Red. His widow Carol Muske-Dukes' experiences with the Pierce County, Washington medical examiner's office were so frustrating that she publicly spoke out against the office's lack of cooperation. The ME's office would not let her see her husband's body, did not inform her of her rights or honor some of the rights she did try to exercise, and failed to detect during his autopsy the evidence of a previous heart attack.