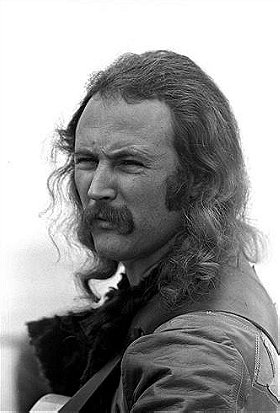 107 votes
The Greatest Guest Appearances on The Simpsons (200 items)
list by Exclusive
Published 7 years, 6 months ago

David Crosby was born in Los Angeles, California. His parents were Aliph Van Cortlandt Whitehead (a descendent of the prominent Van Cortlandt family) and Floyd Crosby, an Academy Award winning cinematographer. He is also the younger brother of musician Ethan Crosby. Growing up in California, he attended several schools, including the University Elementary School in Los Angeles, the Crane Country Day School in Montecito, and Laguna Blanca School in Santa Barbara for the rest of his elementary school and junior high.[1] At Crane, he starred in HMS Pinafore and other musicals but was asked not to return due to lack of academic progress. He graduated from the Cate School in Carpinteria, completing his studies by correspondence. In 1960, his parents divorced, and his father was remarried to Betty Andrews Crosby.

2. If I Could Only Remember My Name

1. If I Could Only Remember My Name

steven2185 added this to a list 5 years, 5 months ago
Musicians of welsh descent (9 person items)