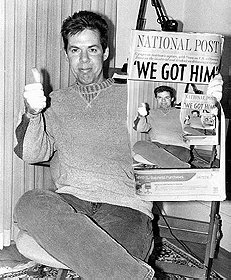 Sim rose to prominence with Cerebus, which began in December 1977. Sim initially conceived it as a parody of Conan the Barbarian and other sword and sorcery comics, but after two years he began to consider the series a self-contained work that would run for 300 issues and be subdivided into "novels". By the time the 6000-page work was completed in March 2004, Sim had delved into politics, theology, metaphysics, and a controversial examination of feminism and gender, while becoming progressively more sophisticated and experimental in his storytelling and artwork. Sim worked on Cerebus Archives afterward, and produced the comic books Glamourpuss, which examines the history of photorealistic comics, and Judenhass, about the Holocaust.

Sim co-founded the small press publisher Aardvark-Vanaheim with his wife-to-be, Deni Loubert, in 1977. Most of the titles it published moved to Loubert's Renegade Press after the couple's divorce in the mid-1980s. The publishing company later was co-owned by Sim's creative partner, Gerhard, who dissolved their partnership and sold his stake in the company to Sim in 2007.

Sim helped create the Creator's Bill of Rights in 1988. He has criticized the use of copyright to restrict creators, and has arranged for his body of work to fall into the public domain following his death. Sim has already released one of his works, Judenhass, to the public domain. ... (more) (less)
My tags:

1. The Masters of Comic Book Art

1. The Masters of Comic Book Art