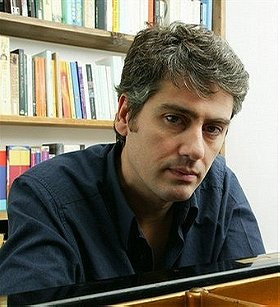 After a year as postgraduate composer at the Guildhall School of Music and Drama, where he was also the chairman of the Contemporary Music Society, he received a scholarship from the Gulbenkian Foundation for a course held by Judith Weir and Lloyd Newson at Bretton University College, on the subject of composition and choreography. Other scholarships allowed him to go to Germany for a series of workshops on European film music, and to spend three years at the National Film and Television School, from which he graduated in 1997.

Over the last few years Marianelli has written music for several feature films and television dramas, including The Brothers Grimm, Pride & Prejudice, Opal Dreams, Shooting Dogs, Burnt Out, Cheeky, September, This Little Life, In This World, I Capture the Castle, Happy Now? and The Warrior, among many others. He has also composed music for numerous documentaries, animations, the theatre, contemporary dance and concerts.

1. V for Vendetta: Music From The Motion Picture

2. V for Vendetta: Music From The Motion Picture

4. V for Vendetta: Music From The Motion Picture