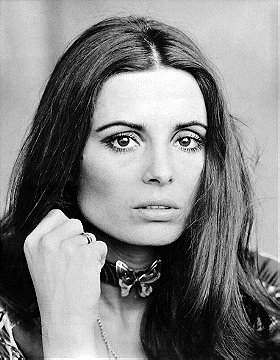 Lavi was born in Shavei Zion, British Mandate of Palestine, to Jewish parents from Germany and Russia. She studied ballet in Stockholm, Sweden, where she appeared in her first film Hemsöborna (1955). Returning to Israel, her career took off in 1960, when she started appearing in a large number of European and American productions. Fluent in several languages, she has also been in German-, French-, Italian-, Spanish- and English-language films.

Lavi's film appearances include Vincente Minnelli's Two Weeks in Another Town (1962), Mario Bava's gothic classic La Frusta e il corpo, aka The Whip and the Body (1963), the role of The Girl in Lord Jim and the first Matt Helm film, The Silencers (1966), opposite Dean Martin. However, her most famous role is probably as 'The Detainer/007' in Casino Royale (1967).

Kendraatje voted for 2 images 1 month ago

Henny voted for an image 6 months, 1 week ago

Campagnola posted a image 7 months ago

Kendraatje voted for an image 7 months, 1 week ago

Kandi voted for 15 images [View All] 8 months ago

soulfulbeauty3 added this to a list 1 year, 1 month ago

" Dahliah Lavi is an Israeli actress, singer, and model. "

pdgregg voted for 2 images 2 years ago

compcua added this to a list 2 years, 3 months ago
Beautiful Women (854 beauty items)

Idchen voted for an image 2 years, 4 months ago

powerking14 voted for an image 2 years, 7 months ago