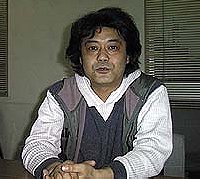 View all Daisuke Nishio pictures
Japanese animator and director. He joined Toei Doga (now Toei Animation) as animator in 1981. After doing several TV series, he was promoted to assistant director on Dr. Slump - Arale-chan in 1982. He debuted as director for Dragon Ball in 1986 and made his film debut that same year with Dragon Ball: The Legend of Shenlong. Nishio also directed its sequel TV series, Dragon Ball Z, and several of its films.
My tags: