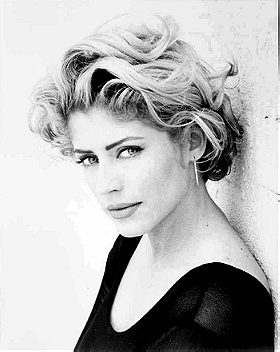 Conaway attended Southern Methodist University, where she studied acting. After moving to Los Angeles, California, she made her television debut on the 1990 made-for-TV movie, Children of the Bride, and her movie debut in 1991's Doc Hollywood in a minor role. In 1992, Conaway appeared in the movie Batman Returns, as the Ice Princess. After Batman Returns, she worked in various roles in TV shows and movies, including Tales from the Crypt. She also played the "other woman" Honey Parker in the 1993 remake of Attack of the 50 Ft. Woman. In 1997, she co-starred in the short-lived TV series Timecop (based on the 1994 movie) as Claire Hemmings.

In 2002, Conaway left her acting career to become a fashion designer. She started with scarves, but later on, she expanded her line to include sweaters and silk dresses, and in 2004, she added a men's collection.

1. Any Place But Home