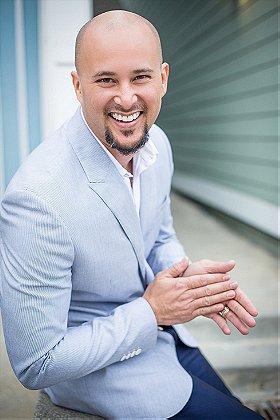 He also coached Nicole Kidman for how to speak to movement for her dance scene in La mancha humana (2003) and coached Lou Diamond Phillips for a recent role of his.

Selected as one of People Magazine's "25 Hottest Bachelors" and InTouch Magazine's "20 Hottest Hunks", most of America remembers Cris' television debut on I'm a Celebrity, Get Me Out of Here! (2002) where he won the hearts of millions of viewers and earned $200,000 for the Make-a-Wish Foundation when he was crowned "King of the Jungle" in a landslide viewer vote.

Before Hollywood, Cris spent his early years growing up on Air Force bases in the Philippines and Hawaii. The Air Force then moved his family to Florida, where he spent his high school years. While in Florida, Cris, an avid athlete, spent lots of time surfing and golfing. With a 4 handicap, he even considered going pro after graduation but, instead, went on to college. While in college, he landed his first job at Disney World with friend and colleague, Wayne Brady.

It was at 21, while hanging out with Wayne at clubs and entering club dance contests after work, that Cris first discovered that he was a natural on the dance floor. Within a year, Cris switched jobs and began dancing professionally with Disney. He quickly began to get noticed on a national level and, based solely on a word-of-mouth recommendation, was hired to dance with Michael Jackson for the 1995 MTV Video Music Awards. Cris was an instant hit. He was offered a coveted spot dancing with Michael on both the "Dangerous" and "History" tours, rapidly moving up to lead dancer for the tour. Cris' dance and choreography career exploded after that. In 1999, he performed at the Billboard Music Awards with Céline Dion, the MTV Music Awards with N'SYNC, and, in 2000, at the American Music Awards with Enrique Iglesias and Brian McKnight, and for "Best Song" nominee "That Thing You Do" at the 69th Annual Academy Awards. Cris also teamed up for the first time with famed choreographer Eddie Garcia, a collaboration that continues to this day, to choreograph the 2000 Tour for Jordan Knight.

Since that time, Cris has danced in and choreographed numerous music videos including "My Way" for Usher Raymond, "Jump, Jive, & Wail" for the Brian Setzer Orchestra, "If I Could Go" for Angie Martinez and "Tango" for Julio Iglesias, and he was the Director for the music video "Ain't It Funny-Remix" with Ja Rule. Leaping forward yet again, Cris then stepped in as Creative Director for Handprint Entertainment, overseeing a $5 million budget and delivering NBC's hugely successful concert special "Let's Get Loud".

Excelling at each creative avenue he explores, Cris has also ventured into composing where his first song, "Alive", was selected as the theme song for the movie Nunca más (2002) (Sony Music/Columbia Pictures) and went on to be a success on the music charts as well.

On the acting front, Cris has two new feature film projects in the works slated to shoot this spring, along with more sitcom guest-starring appearances. He also recently partnered up with Universal, Dean Cain and long-time choreography partner, Eddie Garcia, to produce a cutting edge interactive dance DVD which will be released in the summer of 2005, and is currently re-choreographing and updating the "Midnight Fantasy" musical for the Luxor Resort in Las Vegas. Always in demand, expect to see Cris both acting on the big screen and directing more Billboard-topping music videos in the upcoming year. ... (more) (less)
My tags: