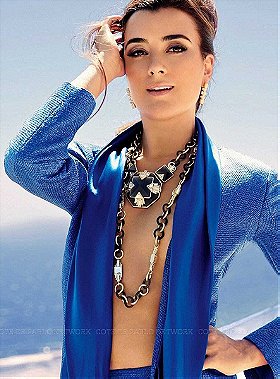 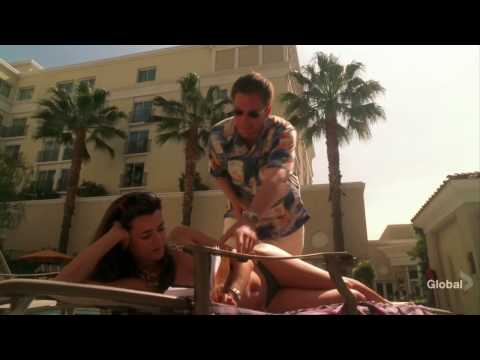 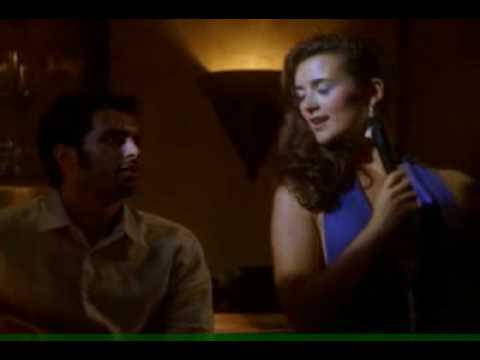 De Pablo moved to the United States at the age of 10, where she studied acting.
De Pablo co-hosted episodes of the Latin American talk show Control with former Entertainment Tonight host, Carlos Ponce, at the age of 15 before attending Carnegie Mellon University to study music and theatre. After appearing in a number of small television roles, then She was cast to portray the main character Ziva David in the CBS television series NCIS in 2005. De Pablo won an ALMA Award for the role in 2011, and NCIS became the most watched television program in America during its tenth season in the 2012–13 year. De Pablo departed or was let go from the series after Season 10, with a final appearance in Episode 2 of Season 11. Recently she was cast in the movie, The 33, which tells the story of the 2010 Copiapó mining accident that took place in the Atacama Desert in Chile.

She performed a portion of Tom Waits's song "Temptation" for a 2008 episode of NCIS. Outside of the series, she has acted as a vocalist for songs in Roberto Pitre's Vivo En Vida CD.

De Pablo was born in Santiago, Chile to Francisco de Pablo and María Olga Fernández.She has a younger sister,Andrea, and a brother, Francisco, who works as a DJ.When de Pablo was 10 years old, her mother, María Olga Fernández, received a job in Miami, Florida, at a Spanish-speaking television network. There, de Pablo attended Arvida Middle School and New World School of the Arts where she studied musical theater. In the 5th grade she found many people could not properly pronounce her first name of "María José," so she asked them to call her "Cote," a common Chilean nickname for "María José." De Pablo then attended Carnegie Mellon University in Pittsburgh, Pennsylvania, where she studied music and theater and appeared in several plays, including And the World Goes 'Round, The House of Bernarda Alba, Indiscretions, The Fantasticks, and A Little Night Music. She graduated in 2000 with a BFA in Musical Theater. ... (more) (less)
Tags: Female (4), Actress (4), NCIS (3), Born 1979 (3), Chile (3), Chilean (3), Brunette (2), 1979 (2), November 12 (2), Born In November (2), Lives In Los Angeles (1), Raven Haired (1), Holy Shit (1), Mien (1), Chilean Born (1), Santiago Chile (1), Born In 1979 (1), Brown Eyes (1), Big Eyes (1)
My tags:

romis18 voted for 3 images 1 month ago

sumsum voted for an image 1 month ago

Chris Davies voted for 35 images [View All] 1 month ago

Agirl voted for an image 2 months ago

Henrike voted for an image 2 months ago

Smtx.mw voted for an image 2 months, 3 weeks ago

Battleax voted for an image 4 months ago

Straight Edger added this to a list 4 months, 4 weeks ago
The Forbidden Fruit (69 beauty items)

Incandescent Sonder added this to a list 5 months, 3 weeks ago
50 Contemporary Actresses I Find Most Beautiful (50 person items)

Nevskij Prospekt voted for an image 7 months, 3 weeks ago

romison18 voted for 2 images 8 months ago

Darknight voted for an image 9 months, 2 weeks ago

franlob voted for an image 10 months ago

parryj voted for an image 11 months, 1 week ago

Maudea96 voted for 5 images 12 months ago

pdw55 voted for an image 1 year ago

forcebleu45 voted for an image 1 year ago

Maudea96 voted for an image 1 year ago

psow voted for 5 images 1 year ago

bloodmoon voted for 39 images [View All] 1 year, 1 month ago