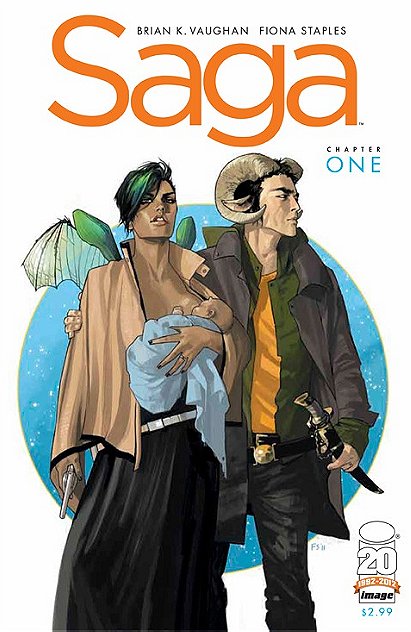 View all Saga (2012) pictures
Saga is an epic space opera/fantasy comic book series written by Brian K. Vaughan and illustrated by Fiona Staples, published monthly by the American company Image Comics. The series is heavily influenced by Star Wars and is based on ideas Vaughan conceived both as a child and as a parent. It depicts a husband and wife, Alana and Marko, from long-warring extraterrestrial races, fleeing authorities from both sides of a galactic war as they struggle to care for their daughter, Hazel, who is born in the beginning of the series and who occasionally narrates the series as an unseen adult.

the count added this to a list 4 years, 1 month ago