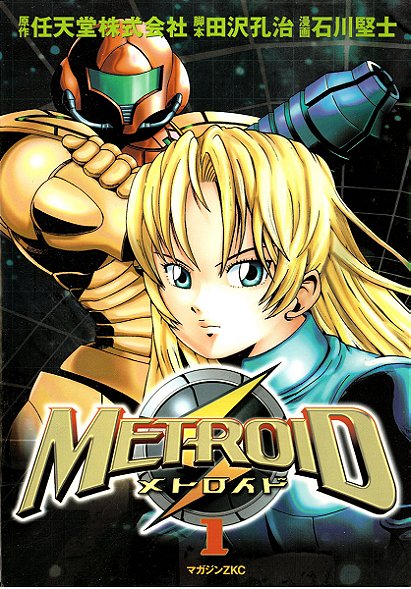 View all Metroid (Manga) pictures
Metroid is the name of a two part origin manga series that takes place from Samus Aran's childhood up to the story of Metroid: Zero Mission. Written by Koji Tazawa and illustrated by Kenji Ishikawa, the series was first printed in Magazine Z and later adapted into Metroid: Volume 1 (7 chapters, published November 21, 2003), Metroid: Volume 2 (9 chapters, published May 21, 2004), and an E-Manga remake of the first two chapters with color, sound, and animation. This was hosted on the Kodansha website, with a link to it on the Metroid Official Site.